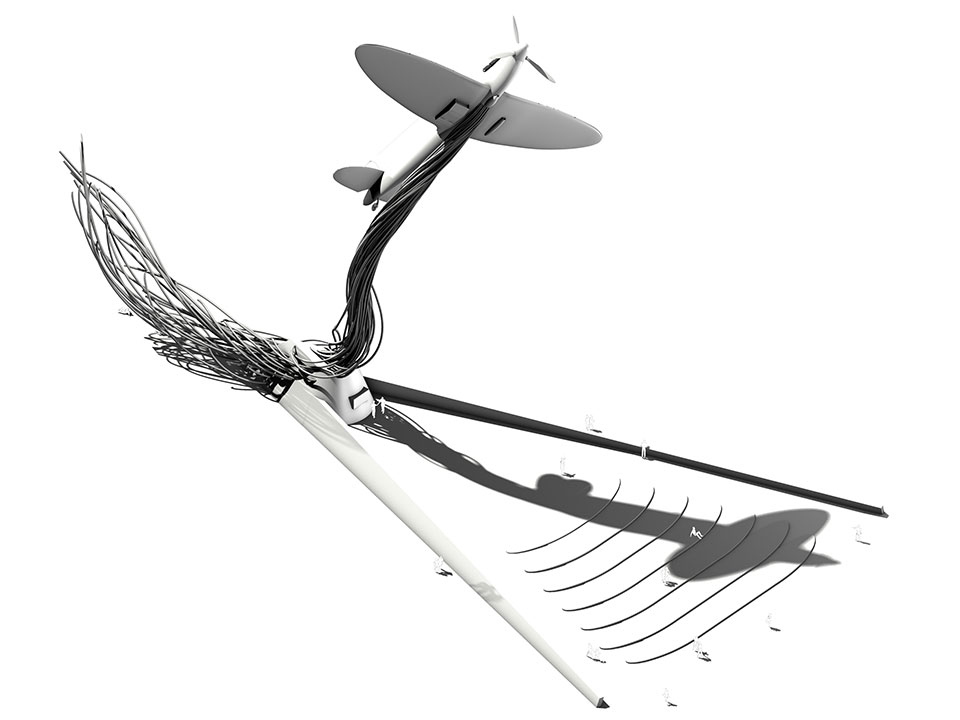 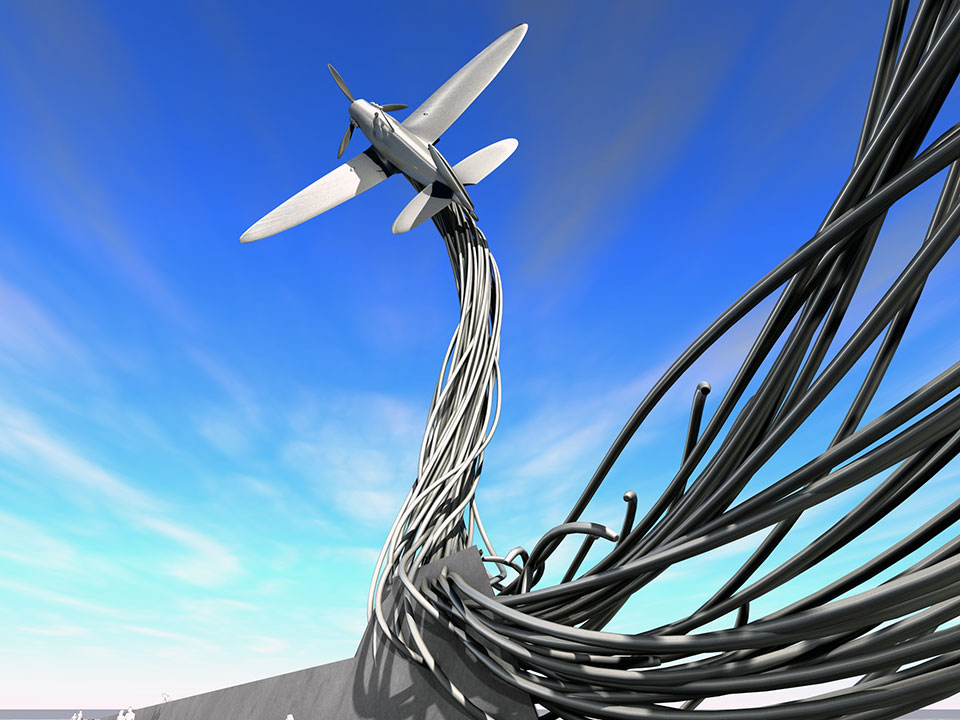 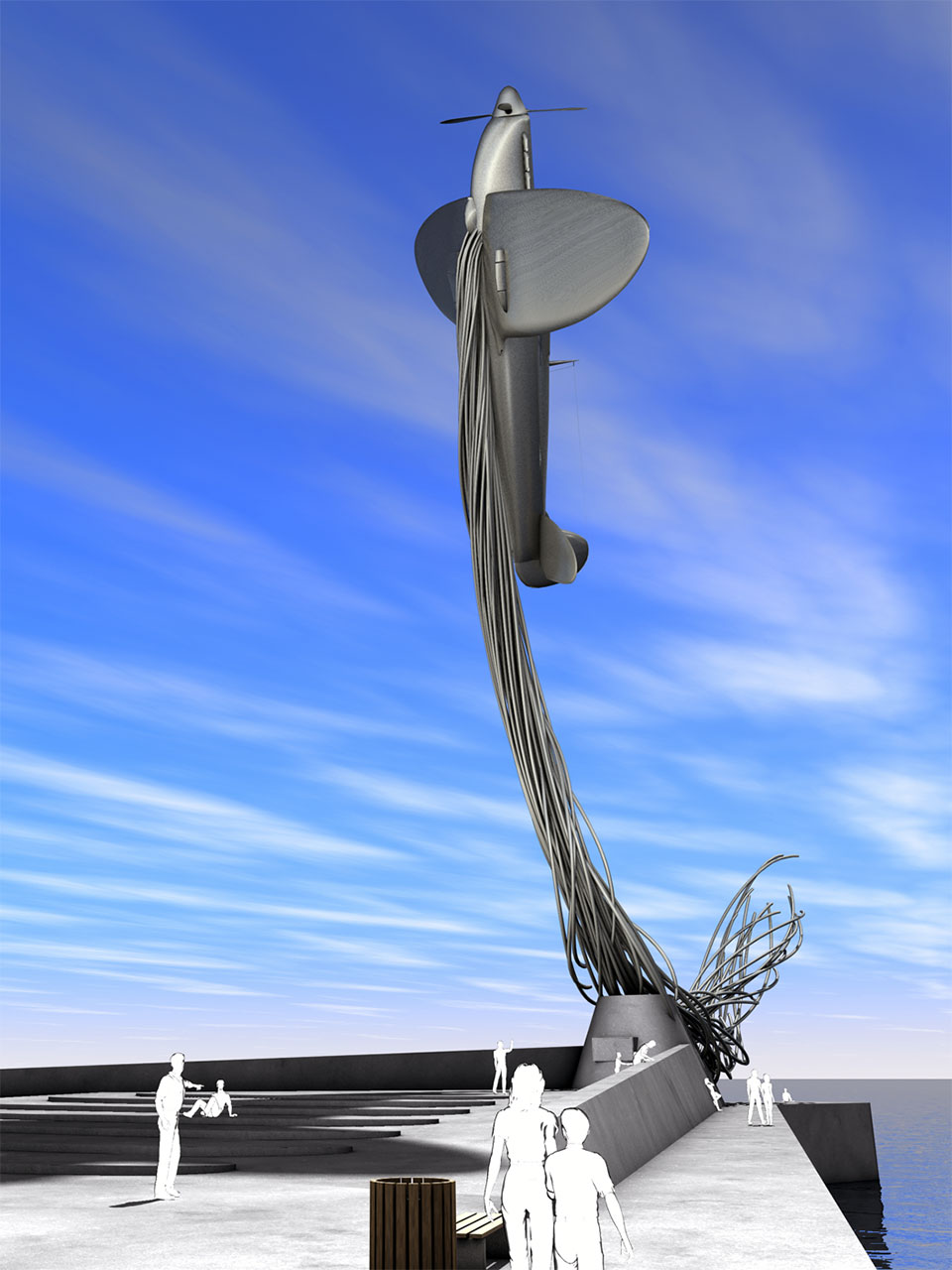 The Spitfire, finished in mirror polished stainless steel, is shown as if trailing thick smoke of brushed stainless steel threads as it recovers from a screaming dive to extinguish an engine fire. The plane climbs, and banks sharply to the left to avoid its home city. The threads denote slip stream and movement, giving the sculpture animation and life. At night suitable lighting could add drama to the exhaust and smoke trail. This is a tribute to the essence of the airframe and to the bravery and self sacrifice of the young pilots.

The aircraft has been positioned to cast it’s shadow, which is picked out in grey granite on the open portland stone V shaped podium, to align exactly at midday every May 20th in celebration of RJ Mitchell’s birth. The workshops and names of men and women who built, maintained and flew the plane during the war are engraved on the granite in the silhouette of the spitfire itself, as they indeed lived their lives in its shadow.